How do we benefit by saving the bats?

They also inspire engineers who use biomimicry to innovate and improve their products. Bats’ magical adaptions like membrane wings and echolocation have spawned advances in drone flight as well as tiny, more efficient sonar systems for navigation. “The wingsuits used by base jumpers take more than a few cues from bats' aerodynamic bodies.” Benefits of Bats - Bats (U.S. National Park Service) (nps.gov)

Why are they struggling to survive?

Bat population is declining worldwide. 21 species are critically endangered, and face imminent risk of extinction, according to the IUCN, International Union for Conservation of Nature.

Within the US, upper Midwest bats are prone to white nose syndrome, which keeps them awake over the winter, using up their fat stores and commonly resulting in starvation before spring. Disappearing forest habitat and hibernation distruption due to tourism in caves or mines also contributes to their declining numbers

Climate change is affecting bats in Florida. “Florida bonneted bats cannot survive the onslaught of sea-level rise, development and pesticide use in South Florida unless their habitat is protected,” Jaclyn Lopez, Florida director at the Center for Biological Diversity.

Elimination of their habitat is “the most widespread peril for bats worldwide”, according to Bat Conservation International. In Mexico's Tequila Country they are working to combat this peril through habitat restoration and the creation of migratory corridors. Around the town of Santiago de Tequila, Jalisco, over 90,000 acres of blue agave is under cultivation for bats to pollinate and for humans to enjoy the resulting Tequila. This area is now a UNESCO World Heritage Site.

How can you help? Build Bat Boxes!

You can help by building bat boxes for your home, place of work, or local park and by reducing the use of pesticides so that bats can forage for your backyard insects each night. Please think of supporting your local bat organization through donations, volunteering and learning about the bat species local to your area. Follow the link below to find organizations doing great work.

This bat box is one of 13 built by 14-year-old Eagle Scout River Fielder in 2013 and installed at Sleepy Hole Park in Suffolk, Va.. Fielder organized an event with 25 volunteers to help construct the boxes, and a park ranger helped him identify suitable trees to install them. The park lies on the Nansemond River, in the southernmost region of the Chesapeake Bay watershed. (Photo by Will Parson/Chesapeake Bay Program) 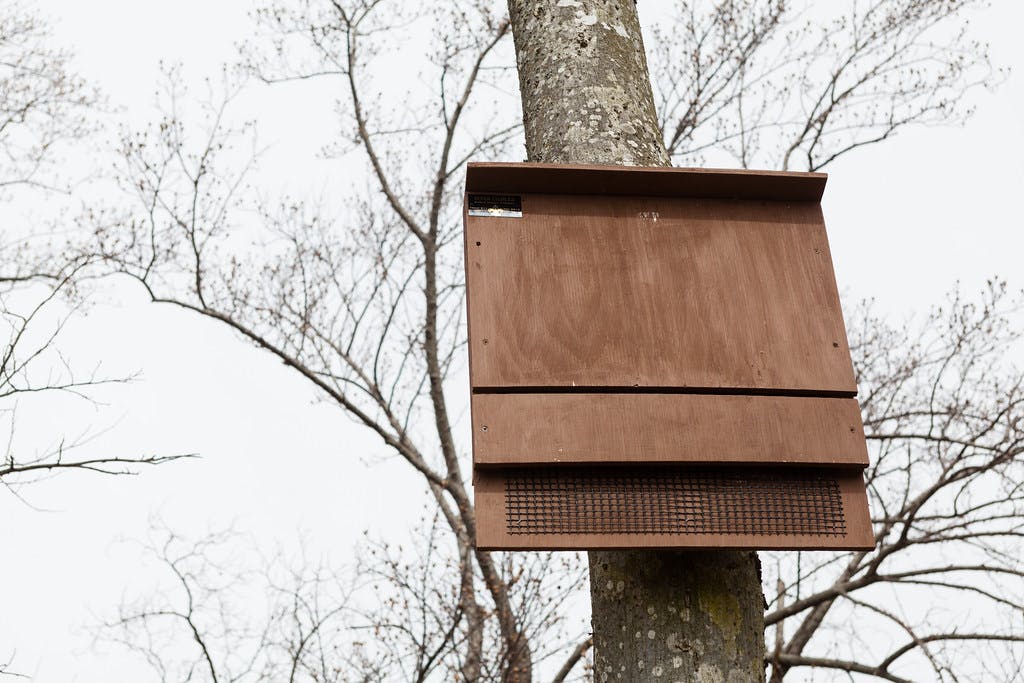